Just like the Hindus, the Celts used to celebrate their new year at the end of October.  They believed that at the beginning of this season of long dark nights the spirits of the dead would return to earth, so they lit bonfires to frighten them away.  Once Christianity came to Britain, the 1st of November became "All Saints" or "All Hallows Day", (Hallow is an old word for saint) so the last night of October was the eve of All Hallows or Hallowe'en.  This was a time to remember all the Christians who had died for their faith.

There are some good adult halloween party games at partygameideas.com/halloween-games-adults
The site is very American, but the ideas are all perfectly adaptable.

There also some great ideas for organising a last minute party on howstuffworks.com

My family's favourite Halloween Party Game is the "Feely Game".

It needs a small amount of preparation, but is well worth the effort.  You need to prepare a number of items and place them on a table either hidden inside shoe boxes (with a hand hole cut in the side) or simply under separate tea towels.  All the party guests stand outside the door and are brought into the (darkened) room one-by-one to feel the items on the table and guess what they could be.  The most effective items are as follows:

2 hard boiled and shelled eggs (these will feel like eyeballs).
1 rubber glove (preferably the thin transparent kind) filled with flour and secured at the arm end with a
rubber band.
(This feels remarkably like a human hand, if you put enough flour inside.)
1 old wig (feels horrible in the dark)
plate of cold cooked spaghetti
a piece of pumpkin cut into the shape of an ear
1 raw sausage (you'll obviously need to wash your hands after this.)

There are lots of other things that you can do.  It's most fun to pretend people are feeling various body parts - especially as it's Halloween.  The best way to play this game is by encouraging the most hysterical guest to play first.  Their shrieks only add to the tension felt by those waiting outside the door!

Another good game is Nelson's Eye.

Only one person needs to be the "victim" as everyone else gets to watch.  It is probably best to choose the person with the strongest stomach!  The person who has been nominated / who's volunteered waits outside the door while the scene is set.  One person is going to be Nelson and another is the story's narrator.  The rest are simply the audience.

The person who is going to be Nelson needs to be dressed appropriately in a heavy jacket.  He needs to put only one arm into the jacket and have the other sleeve hanging empty.  A pirate patch is also a vital prop.  Your last prop is a soft boiled egg with the top cut off.

The volunteer needs to be blind folded before coming into the room.  Stand the volunteer in front of "Nelson" and tell them that you are going to introduce them to Admiral Horatio Nelson.  Ask them to shake Nelson's left hand.  Explain that he cannot shake hands with his right hand because he lost that arm in battle, then let the volunteer feel the empty sleeve.  Tell the volunteer how brave Nelson was and how he won the Battle of Trafalgar in October 1805, directing the fighting from his famous ship "The Victory".  Tell how Nelson had not only lost his arm, but also his right eye in another battle, then let the volunteer feel the eye patch on Nelson's face.  Explain that he has to wear an eye patch to cover his lost eye because it is so hideous. Now tell the audience that Nelson is going to show them what his face looks like without the patch, but the volunteer must not look.
(At which point all the other guests must scream horribly!)

Now tell the volunteer that although they can't see Nelson's missing eye, you are going to let them feel it instead.  At this point you guide the volunteer's finger to the soft boiled egg and poke it into it.  The audience can then enjoy the volunteer's reaction! 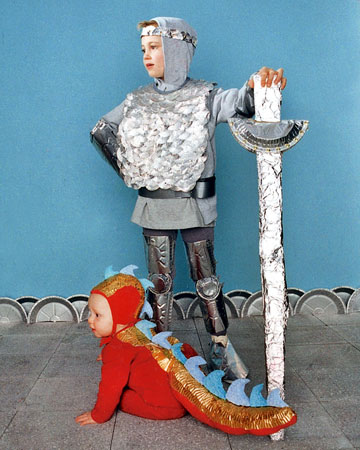 There are some amazing ideas for costumes over at Martha Stewart's Halloween Central.  Be warned: This site is only for domestic divas.  There is so much there, the average frazzled mother is likely to become completely overwhelmed!

I've created some pages of ideas for Halloween cards and party invitations.  It's always difficult to print straight onto card, so I suggest you print off the page you want, cut out the relevant picture and glue it to an A5 card folded in half.  You can then write your own message inside.

There is a very good tutorial to be found at Halloween Pumpkins
They have also generously included a number of free templates like the one below.

As usual the BBC has come up with the best recipes, this time from their Good Food magazine website.  You'll find spooky spider cakes and that essential pumpkin pie recipe:  www.bbcgoodfood.com

Wanda's Halloween Cookbook doesn't take itself too seriously and it has some really lovely recipes for Pumpkin Pie and easy Marshmallow Ghosts.

The BBC website has lots of great recipe ideas for Halloween celebrations, the chocolate brownie one looks particularly delicious!  bbc.co.uk/food

If your kids are a bit worried about ghosts you'll find out everything you need to prove they're not real at:  science.howstuffworks.com

Working and Studying in Italy and Ireland

MOVING THE WORLD AROUND YOU!